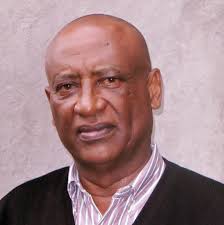 This morning, on my way to work, 4 men in civilian clothes greeted me by my name; identified themselves as ‘police’ and asked me to get in a car parked next to where they stopped me. When I refused, they grabbed me by my arms left and right; forced me into the backseat of their car and started driving. Once the car started moving, they started to hit me: the two guys in my left and right continued to punch me while the one sitting in the front-seat kept touching my face with his gun.
While they were hitting me, they kept saying that they were doing this because I was talking to the media despite their warnings not to do so. After they stopped the beating, they took away my phone at gun point and threatened that I do as they say or they would come for me and my family. They told me that not only mine but also my family’s lives were in danger: “If you step out of your house or talk to any media, you will take responsibility for what may happen to you or your children” (“ከዛሬ ጀምሮ ከቤትህ ብትወጣ ወይ ሚዲያ ብታናግር በአንተም ሆነ በቤተሰቦችህ ላይ ለሚሆነው ነገር ሃላፊነቱ ያንተ ነው”). Before they let me go, they also made it clear that they would resort to killing if I don’t do as they say “we no longer have a place to keep you, if you don’t do as you’re told killing you or paralyzing you is what is left to do.” (“ከእንግዲህ ወዲህ እናንተን የምናስርበት ቦታ የለንም:: ወይ እንገድልሃለን ወይ በመኪና ገጭተን ፓራላይዝ እናደርግሃለን ”)

The Ethiopian government has turned deaf ears to the many peaceful pleas to stop the violent crackdown all over Oromia, and continues to intimidate, arrest and kill citizens with no accountability. More than 4,000 of our party’s members including Bekele Gerba, Dejene Tafa, Addisu Bulala, and Desta Dinka are currently imprisoned incommunicado. It is my hope that the government and those who are silently watching understand that arresting and killing of innocent individuals has never silenced Oromos and will never be a solution to a legitimate demand of millions, and move quickly to rectify this situation. Until then, I, as an individual and member of OFC, will continue to peacefully voice the concerns of the Oromo people, because the peaceful struggle for the freedom and dignity of our people is a cause that millions of Oromos including me are prepared to sacrifice our lives for.