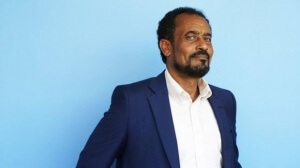 Over the past eight weeks, Ethiopia’s largest region, Oromia, has been hit by a wave of mass protests over the expansion of the municipal boundary of the capital, Addis Ababa. The generally peaceful protests were sparked by fears the expansion will displace ethnic Oromo farmers from their land, the latest in a long list of Oromo grievances against the government.

Security forces have killed at least 140 protesters and injured many more, according to activists, in what may be the biggest crisis to hit Ethiopia since the 2005 election violence.

The crisis has taken another worrying turn: on December 23, the authorities arrested Bekele Gerba, deputy chairman of the Oromo Federalist Congress (OFC), Oromia’s largest legally registered political party. There had been fears he would be re-arrested as the government targets prominent Oromo intellectuals who they feel have influence over the population. He was first taken to thenotorious Maekalawi prison, where torture and other ill-treatment are routine. The 54-year-old foreign language professor was reportedly hospitalized shortly after his arrest but his whereabouts are now unknown, raising concerns of an enforced disappearance. Other senior OFC leaders have been arbitrarily arrested in recent weeks or are said to be under virtual house arrest. Read More Over 40 officials of corruption riddled METEC, members of intelligence under...