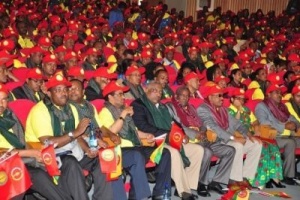 (OPride) — More than 130 people have been killed in the ongoing crackdown on Oromo protesters in Ethiopia. Thousands have been arrested in the past few weeks, including prominent Oromo opposition leader Bekele Gerba.

(Gerba was released from prison at the end of March 2015 after serving nearly four years on trumped-up charges.

MUST READ: Statement of Qeerroo Bilisummaa and Union of Oromo Students...