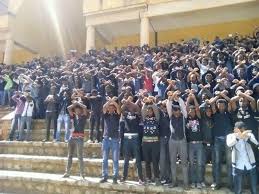 (Gadaa) The following is an overview of the Oromo Protests and the state terrorism that they continue to face and aspire to triumph over. An accompanying 1-pager of the document can be found here (click here); Diaspora solidarity rally goers in particular, and other peace and human rights activists in general, can print and distribute this 1-pager to their influence circles to bring awareness about the Oromo Protests. We thank all those volunteers who took time to prepare the document.

Western governments praise Ethiopia for achieving the fastest growing economy in Africa and for being a key ally in the fight against terrorism. This hides the brutal reality of land grabbing, state/government terrorism, and the incredible cost in human lives and livelihoods. Ethiopia is a multinational country of 100 million people, and all of these nations have suffered state brutality in varying degrees. The country is tightly gripped by the totalitarian repression of a single-party dominated by the elite of a minority ethnic group from Tigray.

This minority regime has created absolute control over the country’s politics, economy, military and media, thus stifling every form of creative dissent. To hang onto power, it has marked every legitimate dissent as terrorism and waged wars against its own people. A handful of Tigrayan elites have used economic growth as a smokescreen behind which they carry out bloody atrocities of land grabbing. They have gobbled up the wealth of the nation to satisfy their insatiable greed and lust for power, thus leaving close to 20 million of their fellow citizens to face starvation.

This regime targets Oromos particularly because they are the most populous nation inhabiting a vast arable and mineral-rich land. The current Oromo protest is an expression of deep grievances under 25 years of such state terrorism, land grabbing and violent repression. It demands the world’s immediate attention. Below is a summary of Oromo protests and the various responses.

– The protest was ignited by elementary and secondary school students in the small town of Giincii on November 12, 2015

– In no time, this spread like wild fire to all parts of Oromia, and Oromos from all walks of life joined the peaceful protests.

– The protests attracted wide-spread solidarity from the Oromo diaspora around the world, from other peoples of Ethiopia with similar grievances, and from the Ethiopian diaspora.

– The Ethiopian government has been robbing Oromos of their ancestral lands in the name of development. It has been forcefully evicting millions without adequate compensation or anywhere to go. Hard-working people are reduced to landless, homeless beggars.

– Global land rush has intensified local land grabbing where the government has been violently robing land from the various peoples and leasing out to foreign investors.

– Land is sacred for indigenous Oromos. As they say, dubbiin lafaa dubbii lafee ti [the issue of land is the issue of bones]. Land contains the bones of ancestors symbolizing the depth of the Oromo worldview, knowledge system, history, culture, and identity – a deep spiritual connection. Evicting Oromos from their land is erasing their very existence.

– The trigger for the current peaceful protests is a small soccer field which was taken away from the local youth in the small town of Giincii. Young students in the local primary and secondary schools protested. Enraged by earlier land grab where the nearby Cillimoo Forest was taken away for clearing, parents and other citizens joined the student protests. The environment is as sacred as the land for Oromos; they protect it with their lives.

– By the time the peaceful protests spread and engulfed the whole of the Oromia Regional State, the issue had crystallized around the Addis Ababa Integrated Master Plan, which is the expansion of the capital city into the Oromo lands without any consultation with the people. The government denies that the plan is being implemented, but it is de facto forcefully evicting Oromo farmers from their land and violating their constitutional rights.

– The Master Plan represents an aspect of the ongoing systematic destruction of Oromo identity, history and culture. The protest against the Master Plan is an expression of bottled up grievances, and longstanding issues of injustice and fundamental human rights.

– The Master Plan is a smokescreen behind which the government carries out systematic destruction of Oromo identity, history and culture. The Master Plan is only the visible tip of the iceberg; it only calls attention to the deeper grievances around the violation of constitutional rights fundamental human rights and justice.

– The government responded to peaceful protests with its usual bloody violent repression. Its inciting agents killed people, and burned property to tarnish the beauty of the peaceful protests and create an excuse to unleash the military force against unarmed protesters.

– In a dramatic move on 16 December 2015, the Prime Minister vowed to mercilessly crush the protests and deployed the draconian counter-terrorism law to crush the peaceful protesters he marked as terrorists. In effect, this is a declaration of a state of emergency where the administration of the Oromia Regional State is suspended, and Oromia is ravaged by a military force centrally commanded by the Prime Minister. The Ethiopian state turned its military on its own citizens, drowning the people in bloodbath.

– State tyranny has unleashed an all-out genocidal war against Oromos. Merciless killing, beating and mass arrests are now a daily reality in Oromia. Soldiers regularly break into homes and university dormitories, brutally beating people and savagely raping women. In this terroristic punishment of the entire Oromo population, children as young as 8 are killed alongside older people of 85. Girls as young as 12 are gang raped alongside older women. Mothers are killed along with their children. Artists, musicians and journalists are imprisoned and tortured. In universities, Oromo university students are particularly targeted, beaten and killed, imprisoned and tortured. Oromo peace activists and members of opposition political parties are beaten and imprisoned.

– In the current carnage of state terrorism alone (between November 12, 2015 and January 12, 2016), various sources report that over 200 Oromos have been killed while more bodies are still being discovered in the forests, rivers and ditches. Over 2000 people are mercilessly beaten and seriously injured while some are being denied medical treatment. Over 10,000 are imprisoned, and many of these are being tortured at this time.

– While states are responsible for protecting universities from attack according to the UN Human Rights Council, the Ethiopian State has turned universities into war zones and military camps where no critical dialogue can take place. Oromo students are hunted down and beaten, raped, killed or imprisoned. Others run away from university campuses because it is impossible to learn under such conditions of state terrorism. The Ethiopian state is systematically carrying out epistemic genocide against Oromos to destroy their intellectual capacity and stifle critical questioning.

– Human rights organizations like Amnesty International and Human Rights Watch and some Western media have been reporting the atrocities. However, the response from Western governments has been largely silence or mild statements that don’t mean much in terms of addressing the carnage.

– Nations promoting democracy have blindly endorsed the government’s shameless claim of 100% election victory, thus completely stifling dissent. While anyone with a rudimentary sense of democratic process would know how ridiculous this is, Western governments have chosen to endorse the violent totalitarian repression of fundamental freedoms and rights.

– They have emboldened the Ethiopian government to continue its atrocity with impunity. De facto condoning the brutal repression, major donor countries like the U.S.A., the UK and European Union continue to provide aid money with little or no attention to the respect of basic human rights or constitutional rights of the people.

– They continue to praise Ethiopia for development even when humanitarian organizations report that a staggering 20 million need help this year, even as they know this increasing need for food aid by a country that registers double digit economic growth is a sign of failed policy and failed governance.

Any nation genuinely interested in promoting peace and democracy should be outraged by the blatant massacre of peaceful protesters legitimately demanding the respect of their constitutional rights. We demand that Western governments, particularly the donor nations, denounce the atrocities of the Ethiopian government and ask it to immediately and unconditionally:

1) lift the merciless military rule imposed on the Oromo people

4) bring to justice those responsible for the genocidal atrocities

6) avail itself to the calls for peace and national reconciliation #OROMOPROTESTS: THE US REMAINS VIGILANT, REQUESTS “TRANSPARENT AND SHARED” INVESTIGATION