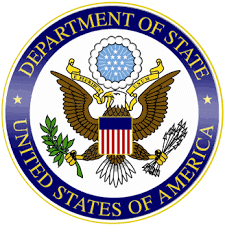 The United States is increasingly concerned by the continued stifling of independent voices in Ethiopia, including the detention of Oromo political party leaders. These arrests have a chilling effect on much needed public consultations to resolve legitimate political grievances in Oromia.

We support the Government of Ethiopia’s December commitment to public consultation with affected communities. For these consultations to be meaningful, all interested parties must be able to express their views freely.

We reaffirm our call on the Ethiopian Government to refrain from silencing dissent and to protect the constitutionally enshrined rights of all citizens, including the right to gather peacefully, to write, and to speak freely as voices of a diverse nation. We call for the release of those imprisoned for exercising their rights, such as political party leaders and journalists. Click here to see Fascist TPLF Keeps Digging Its Grave Plotting To Come Out of... The Ethiopian Draft State of Emergency did not pass