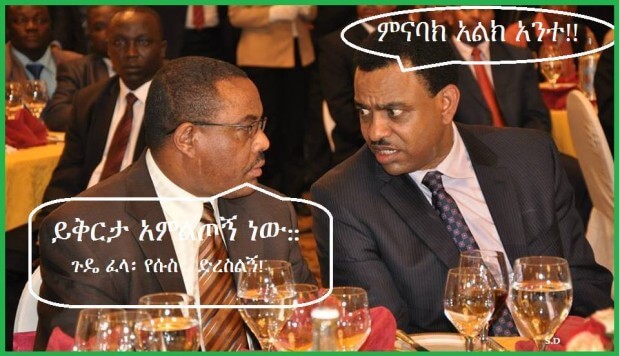 With this you can conclude that Hailemariam is the only non-Tigre in the palace.

Add to this the fact that all the vital pillars of power are in run by Tigreans
1) Military – Samora Yunus
2) Inteligence Getachew Asefa
3) Economy Cluster ( mining, energy, finance, trade you name it) Debretsion Gebreamlak
4) Foreign Affairs- Tedros Adhanom

To say they have turned Ethiopia into Hagostan is an understatement. Yet they want to blame poor OPDO for all things going wrong. Abay Tsehaye was accusing low rank OPDOs of land grab. Look at who is devising the policy. They are also telling the police the killing of ‪#‎OomoProtesters‬ was a mistake of OPDO. Yet look at who is in charge of security policy, military and intel. Those who complain when we decry Tigrean monopoly of the country need to look at these facts and shut the hell up. What amazing determination, see this video, you will see what TPLF...