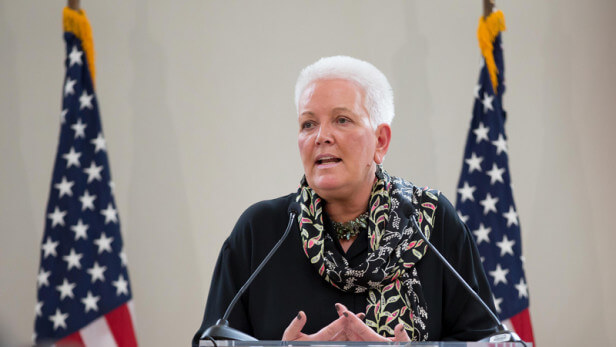 Gayle E. Smith, Chief Administrator of the United States Agency for International Development (USAID) said the US continued to be vigilant over the recent protest and subsequent violent crackdown in Oromiya regional state, the largest of Ethiopia’s nine states.

Speaking at a press briefing in the sidelines of the 26th AU heads of state summit this afternoon, Gayle Smith said that she has discussed the issue with the government in Ethiopia.“We have forwarded our clear concern of the dangers leaving such a problem unattended,” she said.

State Department Assistant Secretary for African Affairs, Linda Thomas-Greenfield, on her part emphasized the importance of communication. “We have engaged the government [on this regard] and there is a clear recognition on their side [that] the questions raised were legitimate” and the use of excessive force was “a mistake.”

Answering to a question from Addis Standard on whether there was a discussion with the Ethiopian government on the way forward, Ass. Sec. Thomas-Greenfield added that “requests have been made” for an investigation which is “transparent and shared” and for the protesters in police custody to be given “access to justice.”

Tom Malinwoski, Assistance Secretary for Democracy, Human Rights and Labor, on his part said that “we have had constructive discussions with government officials including the Prime Minister.” The level of recognition of the situation “is a crucial first step,” he said.

While access to justice is important for the protesters, including members of the opposition, who were taken into police custody and if there is anyone who is jailed for peaceful expression of opposition, “we believe should be released,” added Malinwoski.

The Oromo Protests, which began on No 12th last year in Ginchi, a small town some 80 Kms South West of the Capital Addis Abeba, is by far the largest protest against the ruling EPRDF since it came to power in 1991.

The US has previously expressed its concerns against the violent crackdown on the protesters, and urged the government in Ethiopia to permit peaceful protest and commit to a constructive dialogue to address legitimate grievances.

But according to a Human Rights Watch report in early January, has resulted in 140 deaths. But several accounts from activists and campaigners put the number as high as above 200.

Following the Summit the delegation is expected to visit areas where the US government is working to respond to the current drought in Ethiopia that left 10,2 million Ethiopians in need of food assistance. A warm welcome ceremony for Bekele Gerba in Adama, Oromia