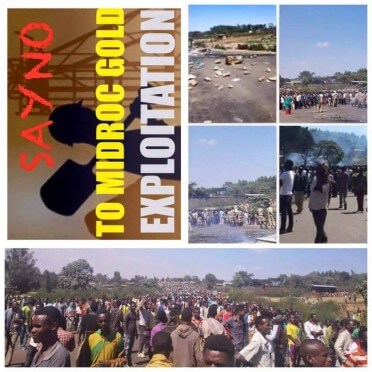 Oromo people are demanding the freedom to peacefully live in their own country. The TPLF family war lords continue to silence the demand of the citizen by dispatching the commando army on peaceful unarmed citizen. The loyal TPLF army i.e “Agazi” is a brutal composition of the Tigreans loyal guard. The army continue to kill, rape and mass arrest the Oromo people. Up to now they have killed more than 180 ,wounded thousands and jailed more than 40,000 Oromo nationalists in the past 3 months. Anyone who question the minority leadership become the target of TPLF.

They run the country of 100 million people like a Mexican Drug lords. They army kill the teachers in front of the students to terrorize the students. They turn off the light at night and rape college students. This is the king of story we hear everyday from our families and the students. It is unheard off in Ethiopian history. Even the DERG socialist government never behaved like the TPLFits, the DERG killed the citizen, but never gang rapped the college students.

In the current ongoing resistance against TPLF fascism, the farmers, college, high school, elementary students and the city dwellers have been participating in the process of abolishing a long overdue TPLF fascism. It seems the 50,000 Agazi terror group doesn’t help the TPLF war lords that much, the people  continue resisting.

The question to all of you is, does the killing, rapping and jailing of Oromo people help the Tigrean war lords (TPLF)? Have your say, drop a comment. Ethiopia: Why Oromo Protests Isn’t Just a Protest Against a ‘Master... ‘We ran away from murder, torture and rape’: Oromo Ethiopians ask...